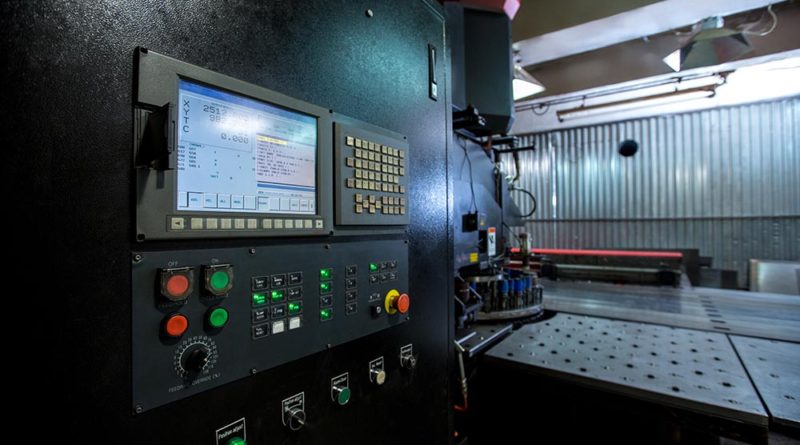 Process control has been a staple of industrial environments for decades, making acute adjustment of variable processes — motor speeds, actuator positioning and much more — achievable. As the potential complexity of control algorithms increases, more variables can be considered in processes than ever before. Not all of these will be internal factors; some important signals can come from external sources. This is where establishing communication between inner and outer loops proves invaluable.

Industry has not been the same since the first programmable logic controller (PLC) was unveiled in 1968. Marking a move away from binary relay-based systems, the PLC allowed more complex computations possible to control connected machines. Since the 1970s, the use of PLCs has become common across all aspects of industry, with the underlying technology becoming more impressive as Moore’s Law accelerated processing capabilities each year.

PLCs becoming the standard also meant that most technicians and engineers became accustomed to how to these systems should be deployed and programmed. It also gave rise to a mindset that exists to this day of pushing all control into PLC environments, because they contain all the logic needed to support fast, reliable and acute process control.

The prevailing setup for a PLC has typically been to see, think and do: signals from machines and devices show what is happening, the PLC’s logic computes what changes may need to occur and these adjustments are then enacted.

For example, if a water tank is nearly at full volume, sensor data feeds that information to a PLC. The PLC then sends the signal for the valve to close once a certain threshold of volume is met, avoiding overflow. It is a simple, inner control loop.

However, the digitalisation of the world around us has meant that there are now more external variables than ever before that can be accounted for to optimise operations. Let’s take, for example, the current price of power from the electrical grid. This is something that varies throughout a day depending on a number of factors. If an industrial business has its own on-site generation — whether from anaerobic digestion (AD) processes in the food industry or steam recovery in a process — then it may be cheaper to switch the source of energy if the grid price exceeds a certain threshold. At other times of the day, grid electricity might be more economical.

Although this is an external signal that may have been given lower priority in the past, the relative ease of integrating into modern operations makes it useful to consider. This is particularly true given the energy intensity of industrial operations; in the first quarter of 2020, industrial operations accounted for almost one-third (29.5 per cent) of the UK’s total energy consumption, using 23.1 TeraWatt hours (TWh). Offsetting this at higher cost hours where possible will of course reduce overall operating costs.

The problem is, accounting for external signals is not particularly easy or effective in traditional PLC setups. Because of how many PLCs have historically been deployed, this would require technicians to manually check the external source — in this case, cost of energy — and manually reprogram any PLCs responsible for controlling energy supply. This might need to be done several times per day for particularly dynamic energy markets.

It is far easier to make use of an algorithm in an outer loop that feeds external data into the control system. Communication with an outer loop allows for more than input from single external reference point though. It could be that there is some particularly complex analysis that you could run on asset generated data, which would require a more powerful platform than a PLC. In this case, the outer loop might include pushing data to this external platform, which could run analysis and send back an adjustment or series of adjustments that the PLC can enact.

An example might be that a system can account for local device performance data from the inner loop and an accurate weather and temperature forecast from the outer loop. A sufficiently sophisticated external system can analyse these inputs and recommend a series of incremental changes for the PLC to make ahead of the highest or lowest temperature expected, allowing equipment to function effectively within temperature parameters. Effectively, the external loop can run more adaptive and powerful decisions for control.

Even with this loop established, there is a performance challenge in most PLCs. The traditional PLC is not designed to handle external sources too well. Even though modern PLCs boast vastly superior technical specifications to those that came before, their operating systems (OSs) and the way they are designed to operate means they are not ideal at being an application host for anything other than a real time OS and some control programmes.

The solution to this is to use hardware as a gateway between the inner and outer loops. This doesn’t need to be an intrusive additional device to act as a bridge; it can be a controller designed in such a way that it breaks some of the conventional ‘rules’ applied to PLCs.

The prime example is Emerson Automation’s CPL410, which features multi-core processing that can be deployed to provide the inner loop control alongside secure communication with external devices. One core can run the standard PLC processes, while other cores can be used for other things. The second core or group of cores could be used to run application environments, such as Linux OS and containerised apps. Another cluster of cores could be used as a broker between the control system in a safe and secure way.

This physical device can bridge the two loops, maintaining integrity of the inner loop while supporting communication with the outer loop. The device allows a small data footprint to run complex logic and analytics, and because it is not burdening the core process control with that additional processing, the inner loop can still operate at high speed and with high fidelity.

Effectively enabling inner and outer loops requires engineers and technicians to change their mindset from the traditional way of deploying PLCs. It also shows the importance of hardware for data communication in the evolving edge, even though many people consider that to be primarily dependent on software and networks. It will take some time to break through the established ways of working that have taken hold since the PLCs conception in 1968, but those that do will reap the benefits.

Why your process data is useless