High operating temperatures are abundant in the industrial sector, whether it’s the elevated ambient temperature of oil and gas refining or the continuous operations with reduced airflow of heavy machinery. These high temperatures pose a common problem to the performance of industrial electronics, particularly industrial PCs (IPCs). Here, David Evanson, corporate vendor relationship manager at Novotek UK and Ireland, explains how engineers and managers can ensure their IPCs can handle the heat.

It’s no secret that IPCs play an essential role in modern industrial operations. These vital units undertake a range of tasks, from managing equipment performance data to motion and automated system control. It’s therefore no surprise that the IPC market continues to go from strength to strength. In fact, ResearchAndMarkets forecasts that the global IPC market will grow at a compound annual growth rate (CAGR) of 6.45 per cent, to be valued at $7.756 USD by 2026.

IPCs feature prominently on the factory floor, generally either in control cabinets or mounted onto machinery. Being on the frontline means that engineers and plant managers know that, as a minimum, they need to specify ruggedised IPCs for their operations. What sometimes gets overlooked, however, is the operating temperature range of an IPC unit.

Electronic circuits and computing components are highly susceptible to extreme temperatures, be they high or low. At high temperatures, components can deteriorate faster. In the case of IPCs, modern CPUs are designed to prevent accelerated component deterioration by throttling their processing performance. This succeeds in reducing the heat produced in processing circuits, but it means that processes running on the IPC run slowly or become unresponsive — not ideal for real-time control applications.

In certain markets, considering operating temperature range is second nature for engineers. For example, an IPC tasked with controlling or collecting data from a welding robot will be specified to withstand high temperatures.

However, temperature should be a consideration even in unassuming industrial environments. If an IPC is situated outside, the exposure to sunlight — alongside reduced airflow in an installation — can cause an increase in temperature that can reach up to 70 degrees Celsius. Both Novotek and its partner Emerson Automation have encountered industrial businesses that have experienced this problem.

Of course, the solution to the challenge of overheating in IPCs is to specify a unit that boasts good thermal performance in an extended operating temperature. Unfortunately, not all IPCs that claim to offer this feature are actually effectively tested in conditions that accurately reflect real-world operating conditions, which can lead to some IPCs failing when deployed in the field.

The reason why extended temperature IPCs fail is due to the way that the testing is undertaken. In many cases, the IPC is tested in a thermal chamber that has significant forced air flow conditions, which reduces the efficacy and the accuracy of the test itself. A more effective way of testing is for the IPC manufacturer to block the airflow, which simulates a realistic use condition in a cabinet environment.

Emerson Automation conducts its tests under these restricted airflow conditions, which allows it to accurately demonstrate that its IPCs can perform at high temperatures without throttling processing performance. The company has even shared a video of its IPC thermal testing process, highlighting the capabilities of its RXi2-BP.

It’s for this reason that Emerson’s IPCs are the go-to option from Novotek’s perspective, because they ensure reliable and consistent operation in demanding environmental conditions.

With IPCs playing such a vital role in modern industry, its important that they are up to the task not only in terms of computing capacity, but also environmental performance. When plant managers and engineers can specify an IPC with assurances of the accuracy of thermal testing, it provides peace of mind that the unit can handle the heat. 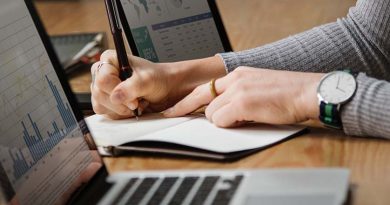 Put your money where your values are

A recipe for lasting success

Fail to prepare, prepare to fail