In early 2019, the UK’s first smart factory was created, using the newly launched 5G communications network to facilitate quick data transfer speeds. This might be a successful step forward for industry, but George Walker, managing director of industrial automation provider Novotek UK and Ireland, believes it doesn’t reflect the state of smart manufacturing for many UK businesses. In fact, he argues that most of UK industry is being priced out of the smart revolution.

Much has been made of the fourth industrial revolution that is supposedly upon us, ushering in an age of intelligent networked devices, efficient automation and a wealth of digital tools that will bolster productivity and strengthen efficiency. These systems will communicate directly to one another to monitor performance and control processes, effectively moving human workers towards more supervisory and product management roles on the factory floor.

The trouble is, we are not seeing businesses achieve these lofty goals on a substantial enough scale for it to be considered it a revolution. We are, no doubt, on the brink of revolution — and the ideas and technologies exist — but it is not being implemented effectively. If we look at the second industrial revolution, which saw the electrification of factories, the revolution really started when businesses had brought electricity into their plants. Once it was there, innovations could be made in electrical equipment and machinery.

Unfortunately, a lot of companies are being priced out of this due to the current business model of historian software — when data is collected from various devices in a SCADA network and logged to a database.

Historian software is imperative in achieving the benefits of Industry 4.0, because it provides a robust and reliable platform to aggregate and analyse data. Each stream of data, such as the input from a specific SCADA system or the rotation characteristics of a connected motor, is stored as a tag in the software. The data sits there until ready for analysis by an engineer or plant manager, at which point the information becomes valuable because it provides insight. Until this, they are just numbers.

Currently, the model is that businesses pay over the odds for historian software because they are required to purchase “X” amount of tags — or streams of data — irrespective of whether they are actively analysed or even used at all. And because industrial operations are so large, a company will never know how many tags it needs before it begins to digitalise. The result is that medium to large size enterprises are paying high costs for 10,000 tags, when they might only need and use 400. Meanwhile, smaller companies are being priced out.

It’s fair to say that this model is not conducive to an industrial revolution. That’s why Novotek has recently teamed up with GE Digital to bring a new model of historian software to UK businesses: the GE Digital Historian. Together, we’re bringing a “pay-as-you-know” approach to the software: a subscription-based model, where the first 200 tags can be analysed, visualised and turned into reports for free. Rather than paying for tags that you don’t use, instead, the costs are associated with the analysis and value that you take from the data.

The GE Digital Historian has the capacity for up to 200,000 tags which makes it a scalable solution for businesses, from small enterprises to global corporations. Each additional tag required beyond the initial 200 is then added at a nominal charge. This makes for an affordable and scalable software platform, which is highly effective and magnitudes more cost-effective than competitors.

Smart factories will undoubtedly be beneficial to manufacturers, further down the line. But, without first having a means of collecting and analysing data effectively, they are currently little more than a pipe dream. Before we can move to smarter manufacturing, we must first be smarter about data. With a new model of historian software, we can begin this journey. 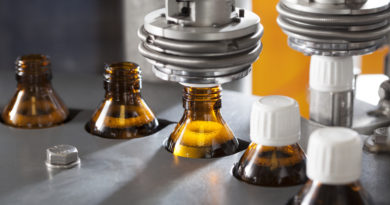 Industries such as food and beverage manufacturing and consumer packaged goods (CPG) production are fast-moving environments, with high traceability and proof-of-quality requirements alongside  throughput